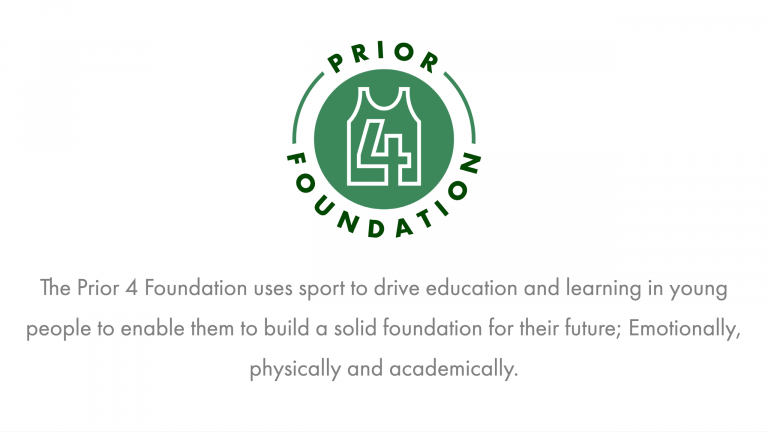 The Prior 4 Foundation aims to works with young people in Nottingham to help them build a solid foundation for their future success.

Using sport as a catalyst, the foundation supports young people to explore basic skills, social concepts and mentalities. Working alongside education, financial and sporting partners, the foundation aims to unlock self-awareness, personal growth, academic competency and confidence in the young people it works with giving them the building blocks to reach their goals and ambitions.

The Prior 4 Foundation was founded by the late Pauline Prior’s daughter, Siobhán Prior and husband Chris Prior in order to continue the work she did whilst she was alive.

She founded the Nottingham Wildcats Miniballers basketball programme that works with young people from age 5 through to age 12. The programme was built around the ethos of hard work, discipline and support and works with children from a diverse range of backgrounds, religions, races and genders. A uniquely special environment, Miniballers continues to use basketball as a tool to teach its players how to be successful not just in basketball but in life and provides a safe space of support to over 100 young people a week. Pauline continued to guide many of these young players once they left the Miniballer programme and moved on to age group level basketball and even onto University and beyond.

In February 2020, Pauline passed away after a long battle with cancer. The outpouring of love that was shown from both the local and national basketball community was truly special. In response to this showing of appreciation for the love Pauline shared with others throughout her life, her daughter Siobhán and her husband Chris set up the Prior 4 Foundation to continue the work Pauline did.

‘The Pauline Prior Scholarship Fund’ is the first project of the foundation. It is a funding pot that young basketball players in Nottingham can apply to for financial support to help them towards their academic and athletic goals and ambitions.

When Pauline was alive she often found extra money to support those young people she new needed a little help financially to reach their goals. With her fund, we are able to continue the support she extended to so many.

If you wish to donate to the Pauline Prior Scholarship Fund please click on the link below. We thank you, in advance, for supporting our young people to achieve their goals.​